The site is secure.
The https:// ensures that you are connecting to the official website and that any information you provide is encrypted and transmitted securely.

Copies can also be obtained by contacting the Office of Public Affairs at Public.Affairs@oig.hhs.gov. 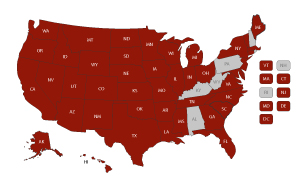 Why OIG Did This Audit

For a covered outpatient drug to be eligible for Federal reimbursement under the Medicaid programs drug rebate requirements, manufacturers must pay rebates to the States for the drugs. However, prior Office of Inspector General (OIG) audits found that States did not always invoice and collect all rebates due for drugs administered by physicians.

Our objective was to determine whether South Carolina complied with Federal Medicaid requirements for invoicing manufacturers for rebates for physician-administered drugs.

How OIG Did This Audit

We reviewed claims for physician-administered drugs paid between January 2016 and December 2019.

South Carolina generally concurred with our recommendations and described corrective actions it had taken or planned to take. South Carolina said that its drug rebate vendor had confirmed that a total of $14.1 million (Federal share) was eligible for invoicing and added that the vendor planned to submit invoices to manufacturers to secure rebates for these claims. South Carolina also identified expenditures totaling $1.4 million (Federal share) that could be refunded to the Federal Government because of deficiencies in data collection during original claim adjudication. For our procedural recommendations, South Carolina described deficiencies in its automated system and added that it planned to modify and strengthen its submission and adjudication processes. We maintain that our findings and recommendations remain valid.

Filed under: Centers for Medicare and Medicaid Services